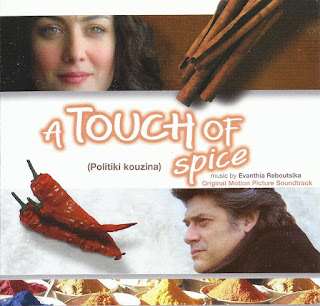 Soundtrack to the 2003 Greek/Turkish movie, "A Touch of Spice", a story about a young Greek boy (Fanis) growing up in Istanbul, whose grandfather, a culinary philosopher and mentor,teaches him that both food and life require a little salt to give them flavor; they both require... A Touch of Spice. Fanis grows up to become an excellent cook and uses his cooking skills to spice up the lives of those around him. 35 years later he leaves Athens and travels back to his birthplace of Istanbul to reunite with his grandfather and his first love; he travels back only to realize that he forgot to put a little bit of spice in his own life.

The soundtrack by Greek composer Evanthia Reboutsika is as beautiful as the movie, with a very special mix of Greek and Middle Eastern elements reminiscent of the past. The highlights are the 2 vocal tracks "Allspice" and "Fire In the Harbour' with some of the most haunting and exquisite singing you may hear on a soundtrack. If your tastes are into "World" music, then this now rare release will certainly satisfy your needs.

Read more about the movie here at IMDB 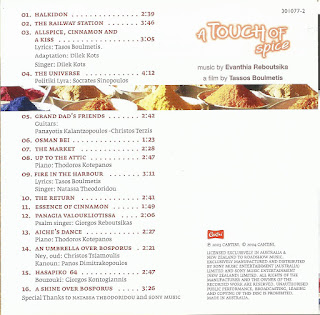 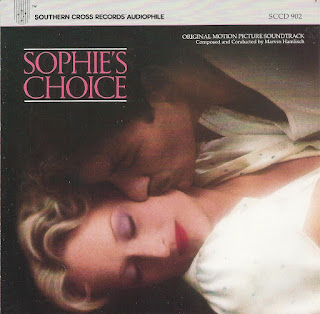 Listen as this soundtrack brings you up and down through a romantic journey through the heart. Sophie's Choice was an excellent heart wrenching true to life movie, and this soundtrack is an emotional portrayal, at the heart of the movie. 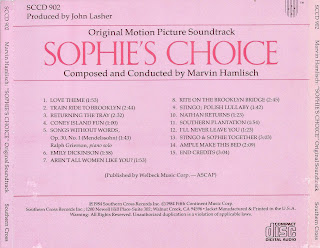