The Dish..Music from the Motion Picture..with Score by Edmund Choi 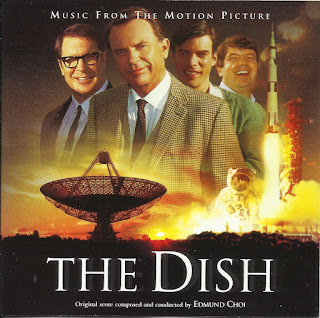 This year 2000 Australian movie is about a remote outback antenna, populated by quirky characters, that played a key role in the first Apollo moon landing. The soundtrack is what I would term the "perfect soundtrack", in that the collection of iconic 1960's songs featured in the movie take up the first 13 tracks, and the score, composed by Edmund Choi and performed by the Melbourne Symphony Orchestra, takes up the next 15 tracks. An easier way to listen to a soundtrack I think, especially one as good as this. 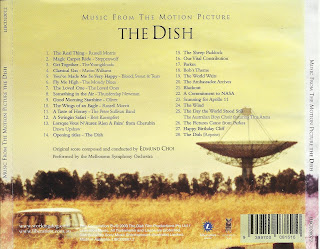