Jónsi ‎– We Bought A Zoo (Music From The Motion Picture) 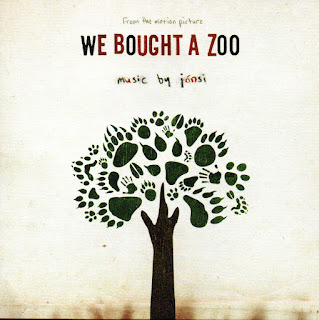 We Bought a Zoo is a 2011 American family comedy-drama film loosely based on the 2008 memoir of the same name by Benjamin Mee. It was co-written and directed by Cameron Crowe and stars Matt Damon as widowed father Benjamin Mee, who purchases a dilapidated zoo with his family and takes on the challenge of preparing the zoo for its reopening to the public. The film also stars Scarlett Johansson, Maggie Elizabeth Jones, Thomas Haden Church, Patrick Fugit, Elle Fanning, Colin Ford, and John Michael Higgins.

In August 2011, it was announced that Icelandic musician Jón Þór "Jónsi" Birgisson, the lead singer of the band Sigur Rós, would be composing the music scores for We Bought a Zoo. Director Crowe described the choice as "only natural", since "Jónsi has been a part of the making of We Bought A Zoo from the very beginning".

The song Gathering Stories was on the shortlist of 39 songs that had a chance of being nominated for Best Original Song Oscar at the 84th Academy Awards. This song was co-written by Jonsi Birgisson and Cameron Crowe.

While the official CD release of the movie soundtrack only includes music by Jón Þór "Jónsi" Birgisson and Sigur Rós, the complete soundtrack of the film included a variety of artists. 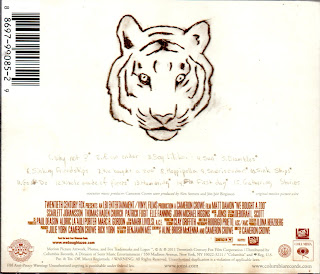 We Bought A Zoo