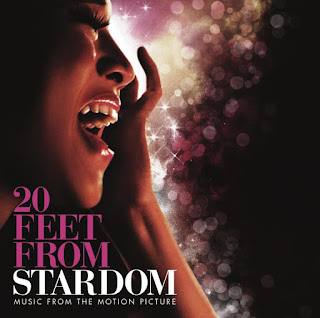 Among the songs included on this album is a new recording of the classic song "Lean On Me," featuring Darlene Love, as well as an original song, "Desperation" performed by The Voice finalist Judith Hill. The iconic Rolling Stones song "Gimme Shelter," is performed by Merry Clayton, a rare recording from her 1971 debut album of the same name. Also highlighted on the soundtrack are two time-honored backup singer tracks, "Young Americans" performed by David Bowie and "Walk On the Wild Side," performed by Lou Reed.

20 Feet From Stardom shines the spotlight on the untold true story of the backup singers behind some of the greatest musical legends of the 21st century. Triumphant and heartbreaking in equal measure, the film is both a tribute to the unsung voices who brought shape and style to popular music and a reflection on the conflicts, sacrifices and rewards of a career spent harmonizing with others. These gifted artists span a range of styles, genres and eras of popular music, but each has a uniquely fascinating and personal story to share of a life spent in the shadows of superstardom. Along with rare archival footage and a peerless soundtrack, 20 Feet From Stardom boasts intimate interviews with Bruce Springsteen, Stevie Wonder, Mick Jagger and Sting to name just a few. However, these world-famous figures take a backseat to the diverse array of backup singers whose lives and stories take center stage in the film.


Although these singers are usually relegated to the margins, and few, if any, become household names, their work has defined countless songs that remain in our hearts and collective consciousness. 20 Feet from Stardom juxtaposes the interviews with industry legends and the relative unknowns who support them like Darlene Love, Merry Clayton, Lisa Fischer, and Judith Hill as they illuminate the art of melding their own distinct voices with lead vocals and reveal their desires for careers as solo artists. It is a celebration of the voices from the edge, which brought shape and style to the soundtracks of our lives. 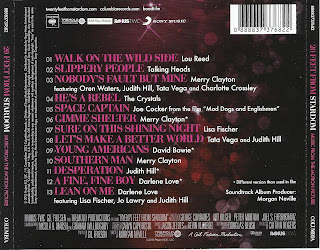