2 days in the valley....various artists 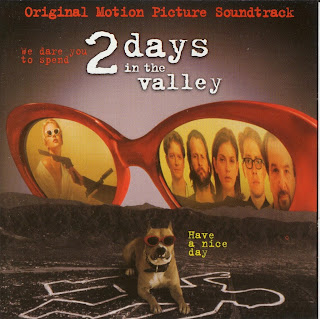 A great mix of contemporary, soul, blues etc makes for one of the most listenable soundtracks in recent years. Leads off with a sultry version of "Down in the valley" by Erin O'Hara which will leave you panting for more...it delivers. ...a great soundtrack with no "dogs". 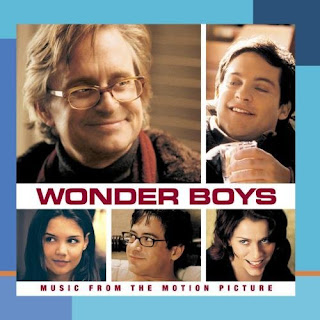 Director Curtis Hanson chooses a lineup of vintage rock and R&B for the musical side of his screen adaptation of Michael Chabon's brilliant Wonder Boys. Foremost is Bob Dylan, who contributes the rocker, "Things Have Changed," as well as cuts from Blood on the Tracks, Oh Mercy, and Time Out of Mind. These 13 cuts do a fine job of limning Michael Douglas's lead character's confusion, regret, and weary-to-the-bone ambivalence. Smartly sequenced--soul giants Little Willie John and Clarence Carter fit perfectly alongside the likes of Dylan, Lennon, Van Morrison, and Neil Young--Wonder Boys the album is a stellar example of hand-in-glove movie-music supervision. --Rickey Wright (Amazon.com)

Email ThisBlogThis!Share to TwitterShare to FacebookShare to Pinterest
Labels: Compilation, Movie, US, W 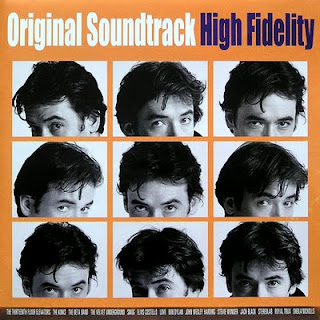 Like a great mix tape, the soundtrack to High Fidelity feels like it was assembled by a true music fanatic. Interspersing selections from cult favorites both old (Love, the 13th Floor Elevators) and new (Smog, Stereolab), it provides a window into the mind of the film's main character, a record store owner who's better able to express his love for a rare 45 than for his longtime girlfriend. --Steven Stolder


Nick Hornby's novel about a middle-aged, obsessive record-store owner and his struggle with growing up in an adult world indifferent to the finer points of soul music was a sharp commentary on life, love, and a decades-long affair with popular music. If any movie has to have a decent soundtrack it's this one. And it does. Perhaps a little light on soul (Stevie Wonder is a hip pick, but how about Arthur Alexander or even Otis Redding?), it specializes in cult and indie bands that should be familiar to many. The Velvet Underground, Love, the 13th Floor Elevators, and the Kinks honor the old school, while Royal Trux, Stereolab, and Smog represent the newest wave. Elvis Costello appears with a strong pick from an odd era (early '80s), and his greatest imitator, John Wesley Harding, is featured as well. This probably should have been a box set--you end up wanting more.--Rob O'Connor


1. You're Gonna Miss Me - 13th Floor Elevators
2. Everybody's Gonna Be Happy - The Kinks
3. I'm Wrong About Everything - John Wesley Harding
4. Oh! Sweet Nuthin' - The Velvet Underground
5. Always See Your Face - Love
6. Most Of The Time - Bob Dylan
7. Fallen For You - Shiela Nicholls
8. Dry The Rain - The Beta Band
9. Shipbuilding - Elvis Costello & The Attractions
10. Cold Blooded Old Times - Smog
11. Let's Get It On - Jack Black
12. Lo Boob Oscillator - Stereolab
13. Inside Game - Royal Trux
14. Who Loves The Sun - The Velvet Underground
15. I Believe (When I Fall In Love It Will Be Forever) - Stevie Wonder


High Fidelity﻿
Posted by Marty at 8:36 PM No comments:

Email ThisBlogThis!Share to TwitterShare to FacebookShare to Pinterest
Labels: H, Movie, US 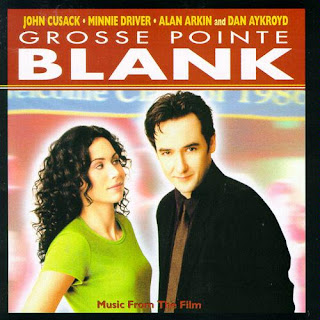 Largely the conceit of co-writer/star John Cusack, "Grosse Point Blank" is oft compared to Tarantino's "Pulp Fiction," which brings to mind that old adage about apples and oranges. Cusack's film is, in its own right, the morally bleaker (and funnier) of the two--a shaggy dog tale about a neurotic young hitman returning home for his tenth high school reunion. The first in what appears to be a slew of films ready to cash in on '80s nostalgia (gen-Xers apparently having learned little from the Baby Boomers they sneer at), "Grosse Point"'s song score covers the decade like a shotgun blast, from the Violent Femmes bouncy "Blister" to Guns 'n' Roses overwrought "Live and Let Die". Minus points: the Clash is represented, but not Joe Strummer's incidental score. --Jerry McCulley
1. Blister In The Sun - Violent Femmes
2. Rudie Can't Fail - Clash
3. Mirror In The Bathroom - English Beat
4. Under Pressure - David Bowie, Queen
5. I Can See Clearly Now - Johnny Nash
6. Live & Let Die - Guns N' Roses
7. We Care A Lot - Faith No More
8. Pressure Drop - Specials
9. Absolute Beginners - Jam
10. Armagideon Time - Clash
11. El Matador - Los Fabulosos Cadillacs
12. Let My Love Open The Door (E. Cola Mix) - Pete Townshend
13. Blister 2000 - Violent Femmes


Grosse Point Blank﻿
Posted by Marty at 8:01 PM No comments: