The Ballad of Ramblin' Jack..Original Soundtrack from the Motion Picture 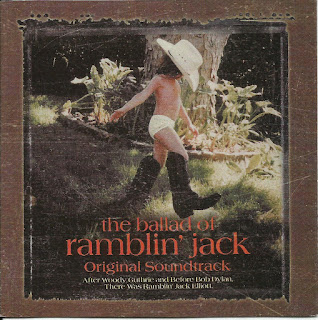 Ramblin' Jack Elliott has outdone himself, or lets say his daughter has, by putting together this collection, the choices, and the voices along the way. This is true Ramblin' Jack, capturing him at various stops in more than 45 years of recording. The duet with a young Bob Dylan is a rarity. The 1998 versions of great Ramblin' Jack often performed songs (this time live at New York's Bottom Line) such as "1913 Massacre" and "Don't Think Twice" along with songs captured at the 1998 Elko, Nevada Cowboy Poetry Festival, "If I were A Carpenter" and "Cuckoo" are among the best he has ever done.

This is the soundtrack to the film documentary  produced by Alyana Elliott, and is a must for anyone interested in folk music, or American music, in the 20th century. If you have never heard of Ramblin' Jack, now is the time. If you are already a fan, this is yours. 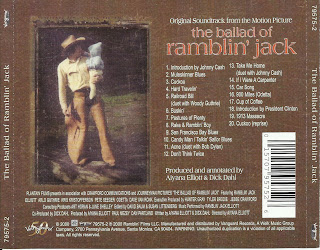