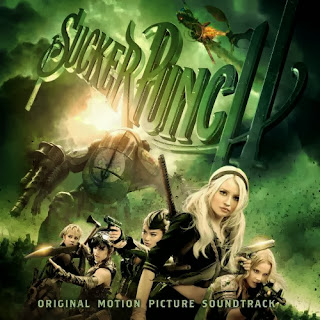 Original soundtrack to the 2011 motion picture featuring music from Bjork, Skunk Anansie, Emiliana Torrini, Emily Browning and Queen. An action fantasy set in the vivid imagination of a young girl whose dream world provides the ultimate escape from her darker reality.

The soundtrack to Sucker Punch not only captures the spirit and themes of the film brilliantly, it's a crusher from start to finish! Psychedelic rock tunes abound, and all have been expertly produced to fit the movie's dark mood. Though it feels more like an Emily Browning vehicle- in addition to being the star of the movie she performs three of the nine songs- it doesn't detract from anything. She's got a light, airy voice and can actually carry a note. Beyond that, every cut here is a solid groove; there's not a weak one in the bunch. This one was made for cranking up the volume!

1. Sweet Dreams (Are Made Of This)- Emily Browning
2. Army Of Me - Bjork feat Skunk Anansie
3. White Rabbit - Emiliana Torrini
4. I Want It All / We Will Rock You Mash-Up - Queen with Armageddon
5. Search And Destroy - Skunk Anansie
6. Tomorrow Never Knows - Alison Mosshart and Carla Azar
7. Where Is My Mind? - Yoav feat Emily Browning
8. Asleep - Emily Browning
9. Love Is The Drug - Carla Gugino and Oscar Isaac

He Died With A Felafel In His Hand (Music From The Feature Film) ... various artists 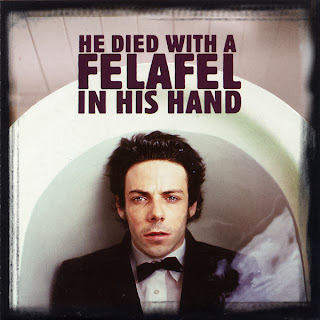 2001 soundtrack release from the Australian movie starring Noah Taylor. An eclectic mix of tracks featuring Nick Cave and The Bad Seeds, Moby, Deborah Conway, The Stranglers, Spiderbait, Passengers, Nino Rota and The Mamas and The Papas plus choral music from the Melbourne University Choral Society. Also includes dialogue from the movie. 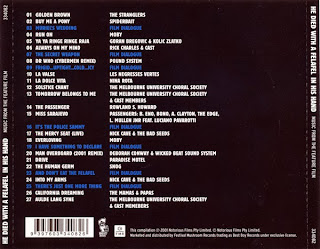 Empire of the Sun by John Williams...original soundtrack 1987 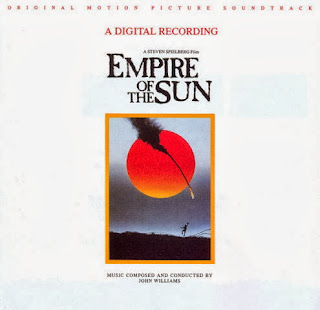 Empire of the Sun is one of the lesser known scores by John Williams. The score starts off with a wonderful choral arrangement of the Welsh folk tune, 'Suo Gan'. There are two more choral tracks as well, 'Liberation: Exsultate Justi', and 'Exsultate Justi'. They are similar, but are beautifully composed, and prove that Williams is as much a master of choral writing as he is of fanfares and sweet themes.

Williams's own music is quite a mixed grab bag. 'Jim's New Life' is a happy "bustling town" town type piece, while 'The Streets of Shanghai' is a rousing action piece along with the patriotic British march 'The British Grenadiers'

Also worthy of mention is 'Toy Planes, Home And Hearth'. This piece is, quite simply, one of the most beautiful pieces of music I've ever heard. It's simple and elegant, yet masterful, and worth the price of the album alone. This is a must have for all score fans. It's easily on the same level as Williams's other masterworks.