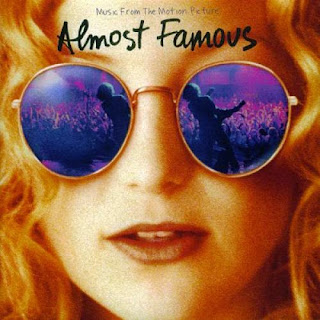 Writer-director Cameron Crowe (Jerry Maguire, Say Anything, Singles) was a teenager when Rolling Stone magazine sent him out to write cover stories in the 1970's. Nearly 30 years later, Crowe tells the tale in satisfying fashion and extensive detail with Almost Famous, accompanied by a soundtrack that accurately reflects the time of his trial by fire.

Led Zeppelin have never before licensed a performance to a soundtrack, so "That's the Way" earns the distinction. A live version of Lou Reed's "Waiting for the Man" performed by David Bowie in 1972 typifies the emerging underground glam movement. Classic rock from Simon and Garfunkel, Rod Stewart, Elton John, and Yes fill things out. Cat Stevens's "The Wind" is rescued from the Timberland commercial. Nancy Wilson of Heart contributes the original score (one track, "Lucky Trumble," featured here) and a track by the fictitious hard-rock band Stillwater, whose "Fever Dog" sounds like a lost track from the hard-rock-guitar wars of the 1970's. Add in tracks by garage-rock faves the Seeds, soul strutter Clarence Carter, and Southern rockers Lynyrd Skynyrd and the Allman Brothers Band and you've got an expansive collection of tunes to sift through. More than 50 songs are featured in the film. 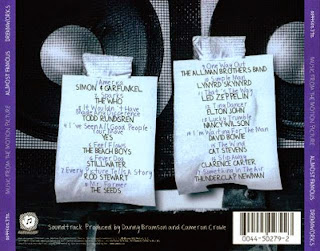