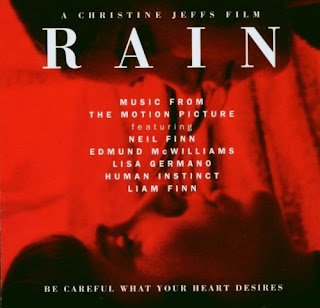 Quite a few rock artists have tried to cross over to film scoring with varying degrees of success; Mark Knopfler of Dire Straits and Peter Gabriel are among the most notable examples. Now we can count Crowded House/Split Enz alumnus Neil Finn among those who have made the jump successfully.

"Rain" is a pleasant mix of new songs and instrumentals - all original. The best tracks are the two songs Finn shares with Edmund McWilliams. They bring an interesting harmonic counterpoint to Finn's usual solo material. Lisa Germano's "Cry Wolf" is also an exceptional track.

The instrumental score tracks are recognizably Neil Finn in style and texture without being recycled songs. His almost-folksy mix of acoustic guitar and keyboards makes for a pleasant combination, and it's interesting to hear him experiment with creating a mood without his signature (and sometimes cryptic) lyrical imagery. All in all, a very good first attempt at film scoring - here's hoping Neil Finn gives it another try in the future. 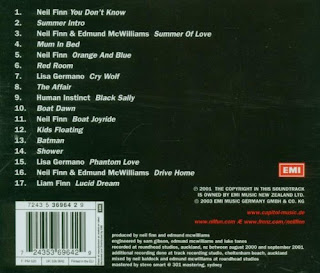 Morning of the Earth...Original Soundtrack 1972 movie 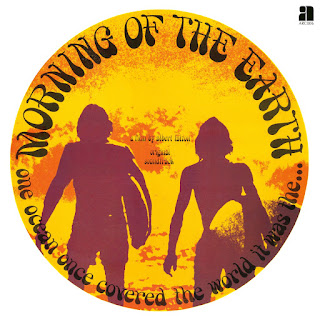 Morning of the Earth is arguably the first surf movie that went beyond waves and into something of a (wordless) meditation on life based on surfing. The film is a product of it's time (very early '70's - first years of short board transition) and is full of back-to-the-country hippy vibes as well as some beautifully filmed surfing on Australian, Hawaiian and Bali waves.

The soundtrack is therefore a mixed bag of Australasian country folk (G Wayne Thomas), psychedelic prog-rock (Taman Shud), and seriously wonderful Acid Rock from New Zealand's forgotten Ticket. Their tracks Awake and Dream Chant are worth the price alone. Like the film, the soundtrack is a bit of a time machine back to a by-gone era. The soundtrack is for the nostalgic or those wanting a good compilation of early 70's Australasian psych-folk stuff. The film is still one of the all-time classic surf movies too so check it out. 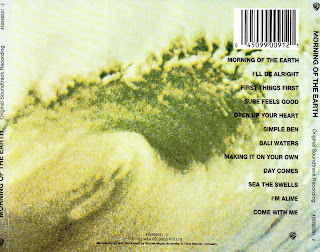