When the Wind Blows original soundtrack..score by Roger Waters plus tracks from other artists 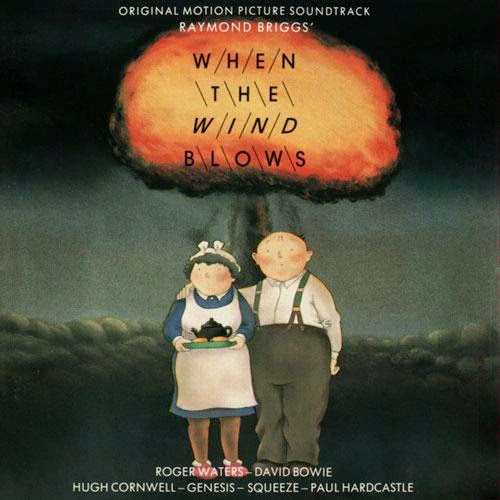 This movie by director Jimmy T.Murakami and from the book by Raymond Briggs portrays an 'English' take on the survival of a nuclear detonation by a ageing couple in a setting anyone will recognise. The first half is almost a public information film on how to survive an atomic blast, but the last half will leave you shocked, saddened and despairing beyond belief. It can move you to tears; its funny, disturbing, hypnotizingly watchable and ultimately soul destroying.

The soundtrack is very interesting and a bit on the eclectic side. There are tracks by Genesis, Paul Hardcastle, David Bowie, Squeeze and Hugh Cornwall, plus the score by Roger Waters which fits well within the context of the movie and is not unlike anything he did with Pink Floyd or on any of his own releases.


The instrumental shows Phil Collins' superior drumming and is a powerful mood piece. Surprisingly, Hugh Cornwell almost comes across as Roger's disciple in "Facts and Figures," the other good song that Roger didn't do.With Roger's pieces  there is a surprising undercurrent. If nothing else, "Towers of Faith" (his duet with the ever amazing Clare Torry) is worth the price of admission. As for the rest, well, my suggestion is to turn your CD player up rather loud and see if it doesn't give you the chills. Then, when Roger declares (in "Folded Flags) that his life is "in the hands of a second-rate actor" who was then a United States president whose finger was at least metaphorically on the button, tell me if it doesn't make you think twice! 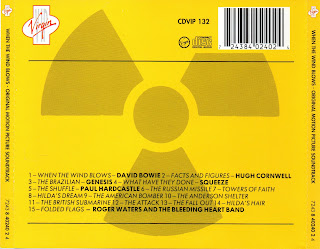 Depending on your viewpoint, director Brian De Palma has been frequently lauded/taken to task for liberally appropriating the stylistic flourishes of other directors. And if De Palma's biggest "inspiration" on Snake Eyes is Alfred Hitchcock, the director found an admirable, if unlikely, semblance of frequent Hitchcock collaborator Bernard Herrmann in Ryuichi Sakamoto. Though better known for more delicate, electronic, and ethnically tinged work, here Sakamoto does a truly amazing Herrmann impression, cranking up the brass and swirling the strings into an unsettling sonic maelstrom that would've done late '50s Hitch proud.

Snake Eyes instantly begins with an awesome theme played out on lush violins. It echoes Bernard Herrmann classic scores to Hitchcock movies. Usually when a score imitates another movie it doesn't stand on its own. But the Snakes Eyes score manages to come into its own and still be original. Sakamoto's score ends with the beautiful 'Snake Eyes-Long Version'. It's a shame that this came out in the modern day. If this score accompanied a classic movie it would have been well-remembered. It is an alternately fun and lush score to De Palma's underrated and visually stunning film. Sakamoto's haunting theme (best on extended track 11) is a loving tribute to Morricone and Herrmann and the cheesy '70s gangster film thrill/scare cuts are a treat. Also includes 2 vocal tracks by Meredith Brooks and LaKiesha Berri.