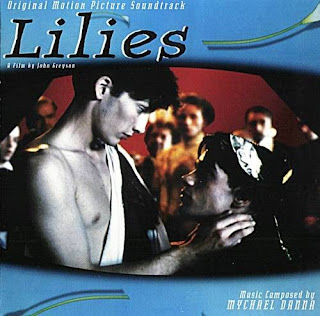 This soundtrack to the 1996 Canadian art house film should be cross-listed in the classical section. Mychael Danna has composed very convincingly within medieval modalities, ranging from chant to polyphony. The Hilliard Ensemble recorded the music, as most of the music is a cappella, but solo cello and trumpet are also used to good effect. Highlights are the ebullient Gloria, the warm and gentle Sanctus II, and especially the layered Agnus Dei which compares favorably to the 16th century setting of your choice. The combo of pure male voices and heartbreaking cello is stirring and will send chills through you.

Mychael Danna is a very versatile composer and has numerous soundtracks to his credit. Most are very different from this one but they all stand alone as CDs that you can throw on and enjoy from beginning to end. He has also released New Age compositions. 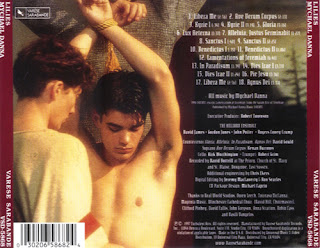 Birdy..music from the film composed by Peter Gabriel 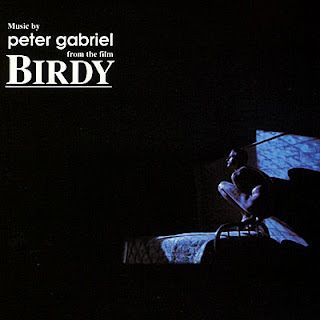 This 1985 album is the soundtrack to the Alan Parker movie 'Birdy' with all music composed by Peter Gabriel. "This record contains re-cycled material and no lyrics" is the warning that Mr. Gabriel provides to listeners of this album when you first open its booklet...

Immaculately produced by Gabriel himself and Daniel Lanois, this album, which served as the musical background to the movie contains 12 tracks, 5 of which are instrumental versions of the songs "Family Snapshot," "Not One Of Us," "Rhythm Of The Heat," "Wallflower" and "San Jacinto," from Peter Gabriel's third and fourth albums. The remaining tracks are instrumentals of incredible beauty, where Gabriel plays alongside his long time contributors Larry Fast, Tony Levin, Jerry Marotta and David Rhodes, among others.

The music has been described as dark, haunting, moody, depressing, gloomy, beautiful, scary, adventurous and trancy. Let your senses be the judge and have a close listen to this now rare and almost forgotten masterpiece.

1. At Night
2. Floating Dogs
3. Quiet And Alone
4. Close Up (From Family Snapshot)
5. Slow Water
6. Dressing The Wound
7. Birdy's Flight (From Not One Of Us)
8. Slow Marimbas
9. The Heat (From Rhythm Of The Heat)
10. Sketch Pad With Trumpet And Voice
11. Under Lock And Key (From Wallflower)
12. Powerhouse At The Foot Of The Mountain (From San Jacinto)