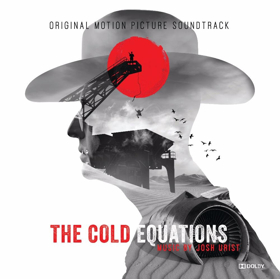 The Cold Equations soundtrack is very real. Inspired by a 1954 science fiction short story by Tom Godwin, the film follows a worker drone on a distant planet who hunts down the corrupt officials responsible for the death of his little sister. The music is emotional, evocative, and riveting—the movie, however, is fake.

Composer Josh Urist isn’t the first musician to use the soundtrack-to-an-imaginary-film conceit, but he and his close-knit crew of musicians breathe new life into the idea. For his goal isn’t kitsch or homage, but instead, the soundtrack concept gives the music an emotional tug that is as real as the film is fake.


Working with co-producer/arranger Stuart Bogie (Superhuman Happiness, Antibalas, Arcade Fire, Iron and Wine, TV on the Radio), Urist uses the visual language of film music to conjure moments with visceral impact. A Morricone-esque standoff; a frenetic Quincy Jones-style chase scene; cosmic soul in the vein of Air. While analog synths and drum machines give you the interstellar textures, the acoustic guitars and wind instruments provide the warmth and humor of a human heart beating in the airless vacuum of a distant galaxy. 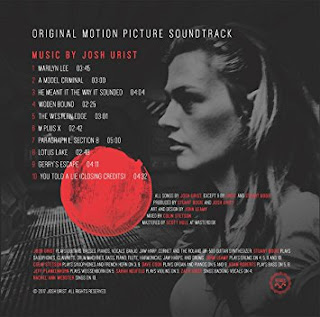 Download via iTunes or Amazon or purchase the vinyl record here.

Marty's review: this soundtrack to the "movie that isn't a movie" is a very convincing and impressive cinematic soundscape. Utilising elements from classic soundtrack composers with contemporary and original creativity from multi-instrumentalist Josh Urist and his collective of equally creative musicians, it conjures up images in the mind of dreamy space travel and places that are not really there. It is very listenable as an album on its own yet you can easily connect it with motion picture sequences from your own imagination. 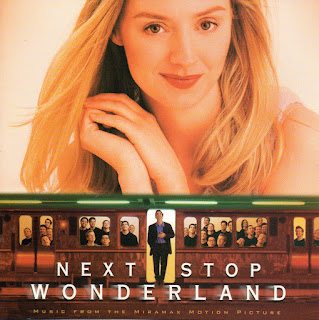 The fear of loneliness, a hope for romance, the occasional pang of moody nostalgia--it's all found in the light romance of Next Stop Wonderland. But few of Wonderland's plot devices work quite as convincingly at portraying these themes as the movie's soundtrack. Filled with the classic sounds of bossa nova and samba, these songs ooze with the melancholy found in the movie. There's a lot of great stuff here: classic Astrud Gilberto, Coleman Hawkins, Marcus Valle, new interpretations of Jobim. But the unexpected highlight is the original score: Claudio Ragazzi backed by the smooth-as-flan vocals of avant-jazz-guitarist-gone-Jobim-freak Arto Lindsay. Their trio of bossa-nova inspired collaborations sounds as sweet and timeless as the classic originals here. 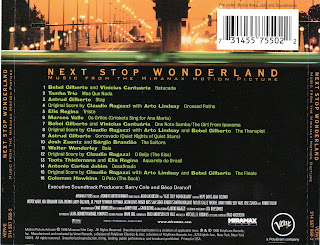 This Stop or That Stop