Frida...music from the motion picture...original music composed by Elliot Goldenthal 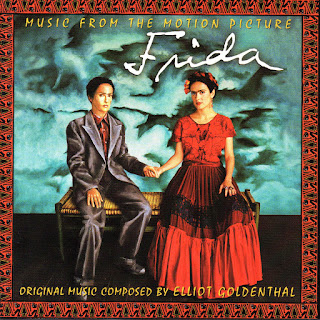 "Frida," Julie Taymor's superb biopic which portrays the turbulent life of Mexican artist Frida Kahlo, is highlighted by Elliot Goldenthal's extraordinary soundtrack and score. Goldenthal, a student of both Aaron Copland and John Corigliani, and director Taymor's husband, states in the CD's linear notes that when scoring the music he took the approach of "melodic intimacy" - scoring with melodies or tunes as opposed to motific fragments.

The film is highly successful in bringing to life not only Ms. Kahlo's story, but the vivid colors and richly textured culture of Mexico. In the same mode, Mr. Goldenthal emphasizes Mexico's musical tradition with his score - filled with the rich, evocative sound of song and music indigenous to the region. The composer has explored and displayed the area's folk music and incorporated it with his own minimalist style and some outstanding songwriting. He has stated, "... that it was a difficult task to capture the 'spirit of Mexican music' since it varies so much around different regions." However, his choice to stay true to the simplicity of the country's rhythms and themes is on target. 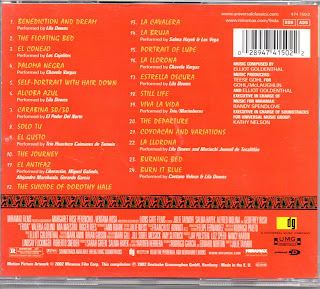